Bowen University Library commenced operations on 4th November, 2002, at the former Simon’s Memorial Library behind Alma Rohm lecture room, to fulfill its goal of efficient and effective information service delivery. The library with a seating capacity for 160 users, conference tables, metal chairs, secondary school desks, three offices, a store and conveniences was inherited from the Baptist College, Iwo and named W.H. Memorial Library in honour of Rev. W.H. Simons, an Afro-American Baptist teacher and missionary. His collection of books, journals and other publications bequeathed to the Baptist College, Iwo formed the bulk of the collection comprising assorted materials mainly in humanities and education.

How it all Began

Due to shortage of space and in preparation for the National Universities Commission (NUC) accreditation of the University’s programmes in 2005, part of the W.H. Simons Memorial Library was partitioned to create an office for the Technical Services Division workroom, while an extension donated and built by Yaba Baptist Church, Lagos was commissioned on 19th January, 2006 by the then General Secretary of the Nigerian Baptist Convention, Rev. (Dr.) Ademola Ishola. The building houses the multimedia room, electronic library (e-library), staff offices, Cloakroom, store, toilets for students and staff members, and about 500 seating capacity reference hall.

In 2005, the university bought new card catalogue cabinets and furnished the library with modern reading chairs and tables with partitions for individual student, thus increasing the seating capacity of the library to about 620. As a result of increased student population, two rooms behind Alma Rohm Church were used as library overflow. The rooms were equipped with conference tables and plastic chairs removed from Simons Library thus increasing the seating capacity to about 700. The library also bought journals and other periodicals. The electronic library seats 30 users at a time with a set of upholstered chairs for relaxation. The Library’s reprographic unit started operation in 2005 with one automatic Nashuatec Photocopier and later added a Kyocera photocopier on 9 November, 2007. In September 2007, the Library commenced automation of house-keeping functions.

In 2010, the University renovated and converted the erstwhile library overflow behind Alma Rohm Church, to the Law Library. It was also about this time that the building of the Medical Library commenced at Bowen University Teaching Hospital, Ogbomoso. The building was completed and occupied in 2011.

As staff and students’ population continued to increase, the need for a modern library building became apparent. Consequently, in 2009, the University commenced the building of a new two-storey library with a seating capacity of about 2,190. By Council and Senate approval, the building which was completed and dedicated on 3 November, 2012 was named Timothy Olagbemiro Libraryi after the then incumbent Vice Chancellor, Professor Timothy Olagbemiro.

In 2005, the library set up the Electronic Library (e-library) in response to the demand of the National Universities Commission (NUC). The e-library, located in the library extension, was equipped with 2 Servers and 28 computer systems connected to the Internet. This made it possible for the library to access online resources, including electronic databases.

In September 2007, the Library commenced automation of its house-keeping functions of acquisitions, cataloguing, serials and circulation control using Koha Integrated Library Management Software which is Open source software thus enhancing the effective management of library resources. The installation and testing of the software as well as training of staff were completed on 1st October, 2007.

On completion of the automation project, it went live; charging and discharging of materials started that same month, thus replacing the use of the card catalogue. Through this automation drive, the library was able to make e-resources including databases and past examination question papers available to its customers at http://lib.bowen.edu.ng or through the OPAC at http://koha.bowen.edu.ng, thus becoming, as at that time, the second university library in Nigeria to become accessible over the internet.

Also, in 2008, the library set up and equipped its multimedia room with multimedia viewing and reading equipment such as video player, DVD and VCD players, sound system, a head phone, and a TV with DSTV connection. The Library also acquired some discipline-based multimedia items to aid teaching and learning.

From her humble beginning, Bowen University Library has presently grown into a network of libraries comprising the main library also known as Timothy Olagbemiro Library, the Law Library and the Medical Library at Ogbomoso.

The Bowen University Library vision in this 21st Century is a dynamic and innovative library serving the needs of research, learning and teaching that is at the leading edge in terms of services and collections, while also creating a welcoming and comfortable physical environment. The intention is to have an international reputation for excellence, seeking always to be at the forefront in the use of information technology and providing services that fit the University’s pre-eminent position. The mission is to provide access to an extensive array of information resources and tools, offers research assistance and expertise, and delivers meaningful services to our customers, to create self-sufficient information literate customers through user education and information literacy instruction. By so doing, promoting the culture of excellence, Godliness and leadership traits in Faculty, staff and students of the University. The information resources provided also promote a culture of broad enquiry and support the University’s mission to discover, preserve, and disseminate knowledge and creative expression.

Achievements Over the Years

a. Creation of an electronic library with access to e-resources
b. Automation of the Library
c. First University Library to use web-based Koha Open Source Integrated Library System, ILS.
d. Implementation of a functioning Web-PAC
e. Model for other libraries in terms of structure, organization and service delivery
f. Consistent support for the University Programme Accreditation
g. Creation of multimedia facilities equipped with modern equipment for teaching and learning support
h. Robust Faculty-Library relationships through liaison activities
i. Installation of library security system

Activities in the Library 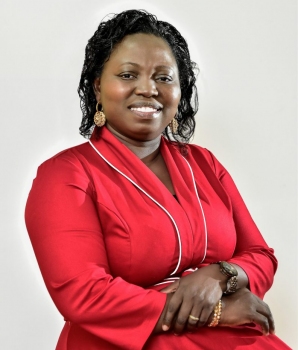 Our library is free and open to the public. Use our online tool to book study rooms and other spaces in the library.